True talent is a gift. These two boys took the courage to use it.

From LA to Yale, two boys with extremely different talents take the world stage, studying at two of the best academic institutions of the world. 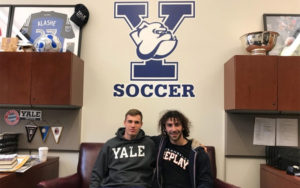 We are extremely proud and overjoyed that one of our very own students Lazaros Efthymiou (2018 Graduate) has been accepted to study at Yale University this fall. Yale University is part of the Ivy League Universities in the USA and one of the top 15 universities in the whole world, with an international student acceptance rate of 6.31%. Out of 35,000 applications Lazaros’ was one of the 2230 to be accepted. Lazaros will not only be studying at this prestigious university but whilst he is a full time student he will also be able to combine his favourite past time and passion of playing soccer or as we know it football, with the Yale Soccer Team. An achievement that was grasped through long hours of soccer training, nerve wracking yet stimulating talks with soccer coaches and overall commitment. His achievements have led to almost a full ride with Financial Aid, as admission officers recognize his high level of academic ability and commitment to playing soccer for the university. He is the perfect example of hard work, determination and overall self-motivation in order to achieve one’s goals.

Congratulations Lazaros – you have made us all proud!!! 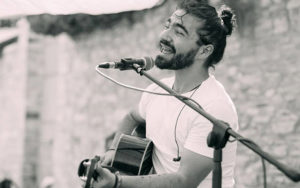 Our very own George Sidiropoulos (2017 Graduate), the heart and soul of our school’s Music Department and our very own Starry Night celebrity, has chosen to begin his musical journey at Los Angeles College of Music, ranked 16th Best Music Conservatory in the U.S. Exceptional in Music in all aspects, George excels in performing in theory and in the instrumentation of songs. He has successfully mastered the playing of the drums, guitar, piano, percussion and electric bass and his vocal abilities are outstanding; to say he is multitalented is an understatement. George has been preparing for his musical career for a number of years now, writing, producing and performing music in his home built-in studio and released his first album last year.  A mature young man who set high goals from a young age and has spent the last 8 years working meticulously and consistently towards achieving those goals is ready to continue his music education at a school comprised of talented students from around the world who partner together in an intimate and supportive environment to learn to create, record, perform and market ground breaking music in today’s competitive music industry. We wish him the best of luck and we look forward to new releases. Congratulations George and all the best.

When you visit any web site, it may store or retrieve information on your browser, mostly in the form of cookies. Control your personal Cookie Services here.

Necessary Marketing Statistics Privacy Notice
Technical cookies
We use the following technically necessary cookies to use this website
Woocommerce
Necessary for the shopping functionality on the GCS Book Shop section - https://shop.gcsc.ac.cy/.
Google Ads
Used for marketing purposes in our advertising campaigns.
Google Analytics
We use Google Analytics to monitor our traffic and to help us test new features.
Decline all Services
Accept selected Services